You can choose to study either French or Spanish for the required two years of a world language, and most students take at least three years. If there is enough interest, Latin is offered in the junior and senior years as an elective. Students completing four years of language typically place in the second or third year of instruction at the university level.

Classwork is also enriched with cultural experiences ranging from a grand variety of holiday celebrations (Day of the Dead, Christmas, Chandeleur, Carnaval), attending Spanish language church services, movies, visiting local Spanish and French exhibits and community events. Each spring students participate in a Spanish Cooking Class and the Academy celebrates all world cultures at the International Festival, with daily activities, a bocce tournament and a pot-luck dinner with home cooked foods from over 25 countries. 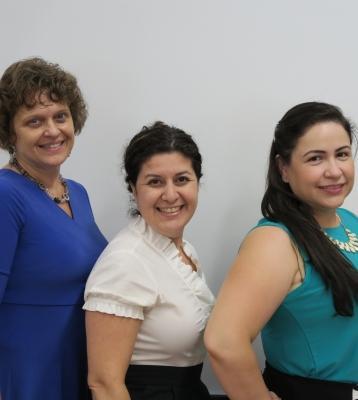 "We are all native speakers. Madame Lecesne was born in France, Señora Collins was born in El Salvador and Señora Muñoz was born in Colombia. We all firmly believe in speaking our language with the students at all times inside and outside the classroom. Viva el español! Vive le français!"